Calls continue to grow for the immediate and unconditional release of whistle-blower John Paterson, who is currently being held at the Pine Ward, in the mental facility of Chichester Centre, in Chichester, West Sussex. 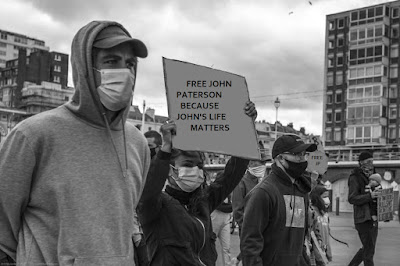 Set to appear at an undisclosed court on the 10th June 2020, friends and supporters are concerned that John will be subjected to forced medication, to which he has already stated, he would fight to his death not to allow.

Having been sentenced to 2-3 months in 2016, for malicious broadcasting, after filming himself reporting serious crimes to Sussex Police at Lewes Police Station, John Paterson now finds himself facing harassment and stalking charges brought against him by Ricky Dearman, the father at the centre of the 2014 Hampstead Satanic Ritual Abuse scare and by DC Steve Martin, credited for securing a retraction of children's P & Q testimonies, alleging their father was a satanic sex paedophile ring leader. 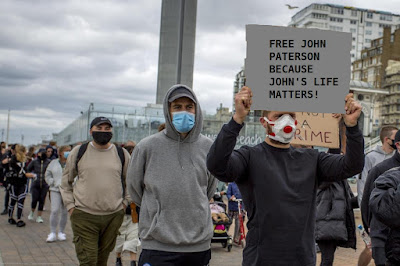 Fearing a state sponsored assassination attempt, his supporters are calling on the public to call the Pine Ward on 01243791920, to let the staff and doctors know that John Paterson is sound of mind and must be released immediately. 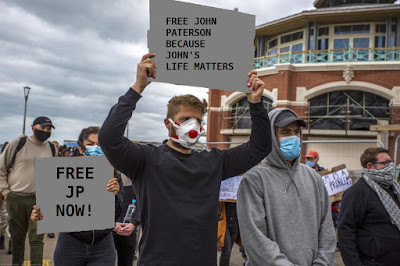 John Paterson, “I am an innocent man.”
https://guerrillademocracy.blogspot.com/2020/02/john-paterson-i-am-innocent-man.html 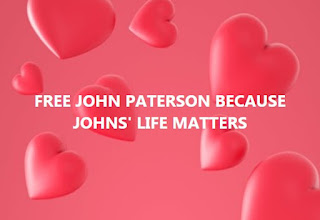 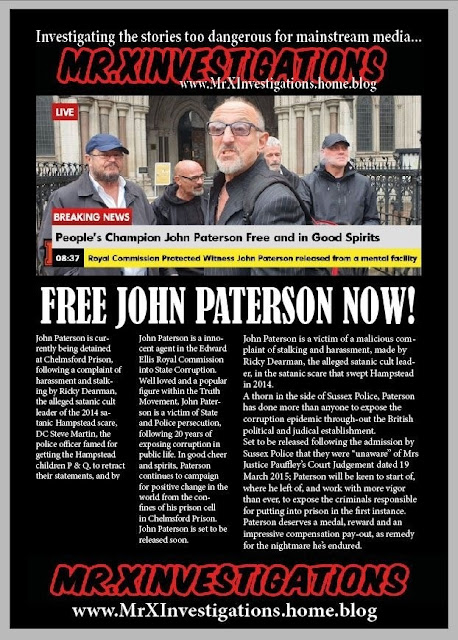 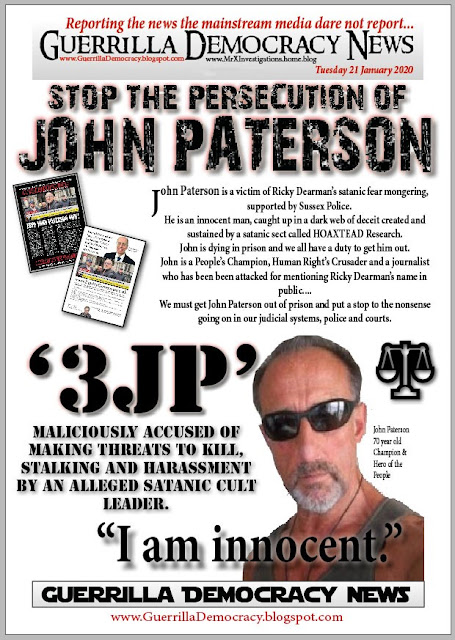 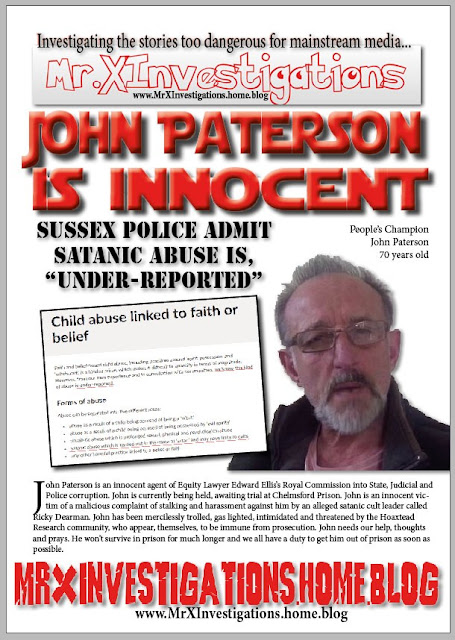 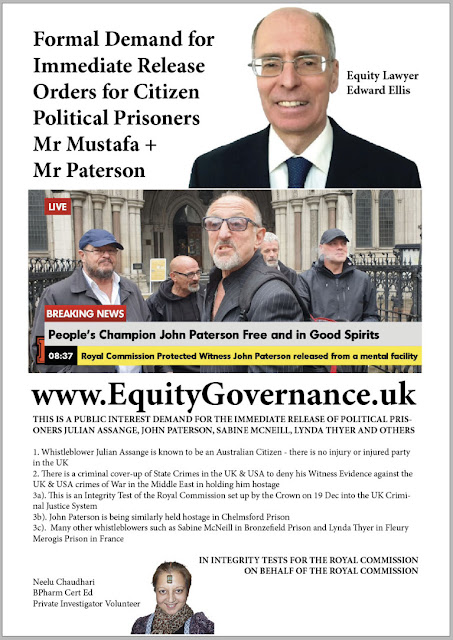 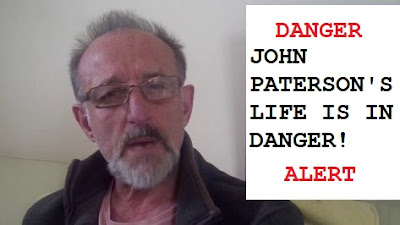 Posted by Guerrilla Democracy News at 07:24