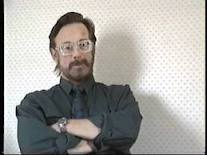 “I want the Cowley Club, Fabrice and all their friends, to come here and paint above the fence. I’ll provide the beers and in return to have my words painted above the fence line and on the roof. I need everyone to know that Sussex Police are corrupt.”

On Monday we kicked of the week with SUSSEX MURDER WITNESS MAKES A STAND OVER SUSSEX POLICE CORRUPTION.

A youtube video of David Joe Neilson a lot younger than he is today, my favourite line of which is “If police officers are found to be up to no good, stitching up people, they don’t get away with it. If a police officer covered up evidence or whatever, he should be found guilty and he should go to prison and should serve twice the sentence of Joe Public in the street because he is there to be trusted to do the job to protect society and society being the individual not the system, not the masons but the individual, the citizen.”

Tuesday we were the first and only news resource to report the cover-up of a murder cover-up! The story being that while David Joe Neilson had been away on business, a seven foot high fence was erected in front of his property to cover-up the slogan ‘SUSSEX POLICE MURDER COVER UP,’ painted along the side of the house. Infringing David Joe Neilson’s human rights as they have been for 25 years, ‘Dark Forces’ have taken it upon themselves to cover up a murder cover up. Could it be anything to do with New Funk Radio’s Jim Murphy’s petition demanding an enquiry into the handling of the Katrina Taylor murder investigation by Sussex Police? My suspicion is that it certainly is. 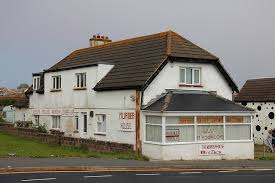 Posted by Guerrilla Democracy News at 05:51